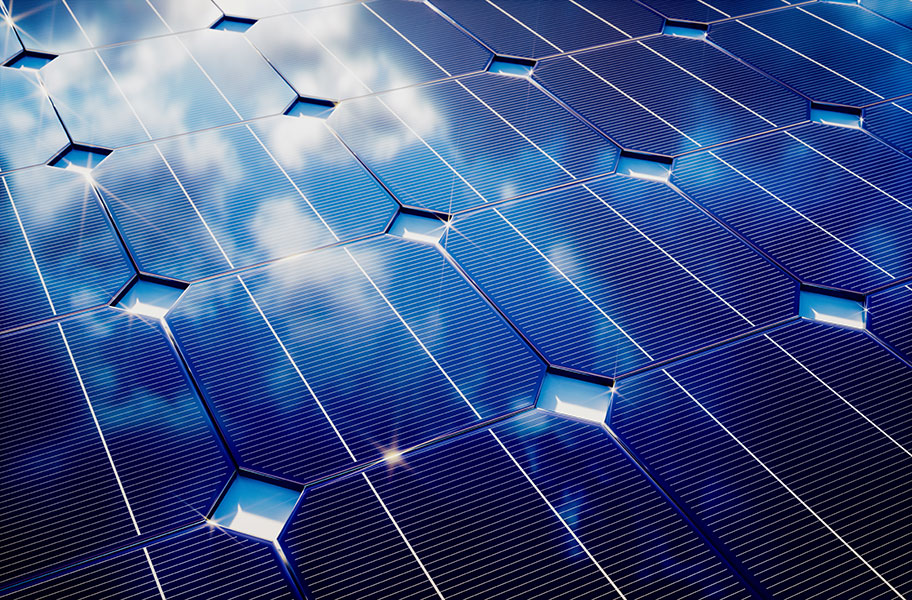 How are solar panels made?

In this article, you will be able to get a better grasp of the manufacturing process involved in the making of solar panels, with just a touch of history on their production.

In the late 1990s and into the early 2010s, solar panels with poly-crystalline cells dominated the market. You may have noticed these blue/purple-colored modules on roofs already. If you were to look closer at those cells, you would see many crystals that are formed during the manufacturing process of that type of panel. With advances in technology come advances in efficiency, so if you are exploring solar panels for your home today, it is worth considering a mono-crystalline cell instead.

Mono-crystalline cells are manufactured in precisely the way it sounds; a single silicon crystal is created and allowed to grow its crystalline structure as a single unit. When the crystal is grown in a controlled environment to the desired size, it is grown large enough that a silicon ingot is produced and then cut up into solar cells. This creates the iconic look in the solar panel with black cells and diamond-shaped cuts in the center of each cell. The manufacturing process of producing solar cells from mono-crystalline ingots can produce a higher potential of more power production because it is not reflecting light, and that is why they are black.

Due to a more delicate and energy-intensive manufacturing process, mono-crystalline solar panels have typically been more expensive to produce. However, around 2016, the PERC (Passivated Emitter and Rear Cell) process began dominating mono-cell manufacturing. This provided the means to produce mono cells at a lower cost and boost performance at the same time, and the whole world’s manufacturing essentially dropped poly manufacturing for these mono cells.

The mono-crystalline black cells combined with the black frame of the module itself provide the best-looking panels on the market. These are called the black-on-black solar modules and essentially look like a flat-screen TV on your roof. Because of our focus on design and aesthetics here at Rectify, we sell almost exclusively this type of module and technology.

While you may not get this in-depth in your conversation with an energy advisor as you investigate solar panels for your home, our goal is to educate you should you want to dig deeper into how this technology works.

To learn the differences between sizes of solar panels, click here